Saint Melchizedek is the Patron Saint of the Retired Clergy Association 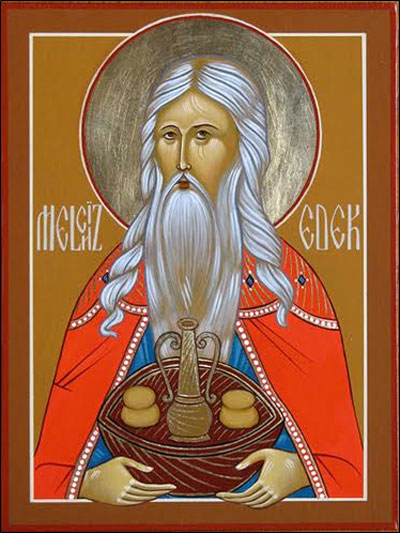 Who was Melchizedek in the Bible?

One of the most mysterious people in the Bible is the king of peace, Melchizedek. He appeared one day in the life of Abraham (then know as Abram) and was never heard from again. However what happened that day would be remembered throughout history and eventually became the subject of the New Testament letter (Hebrews).

The meeting between Abram and Melchizedek was most unusual since each of them even though they were complete strangers both worshiped and served the one God who made the heaven and earth. This was a great moment of triumph for Abram because he just defeated an army and regained the freedom of a large group of captives. If there was any doubt about whose victory it was, Melchizedek set the record straight by reminding Abram, “Blessed be God Most High, who delivered your enemies into your hand” (Genesis 14:20). Abram recognized that this man worshiped the same God as he did with this statement.

Melchizedek was one of a small group of God honoring people throughout the Old Testament who came in contact with Jews (Israelites) but were not Jews themselves. This meant that the requirement to be a follower of God was not genetic, but is bases on faithfully obeying His teachings and recognizing His greatness.