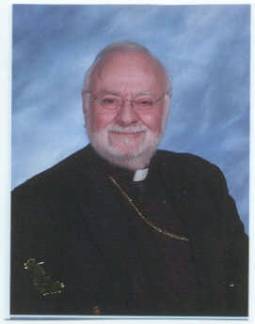 Fr. Theo Anastas was born in Orlando, Florida on November 11, 1936 to Maria and George Anastas. He attended high school in Greece, received his B.A. in Theology from Holy Cross Seminary, and received his Masters degree in Pastoral Counseling from Case Western Reserve University.

During his priesthood, Fr. Theo served on the Archdiocese Youth Committee and the Archdiocesan Council. He received the titles of Oikonomos and Protopresbyter, and was appointed as a Diocesan Vicar.

He has written a pamphlet on his program for converts, and has specialized in counseling throughout his priesthood.