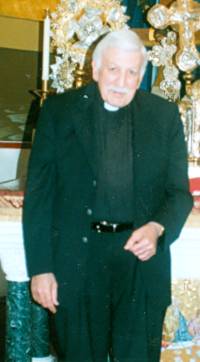 Reverend Father George X. Gallas was born in Reading, Pennsylvania on January 28, 1924. His father, Xenophon, was a native of Mytilene, Greece. His mother, Athanasia, was a native of Smyrna, Turkey in Asia Minor. He is the brother of James, and the late Steve and Louis Gallas.