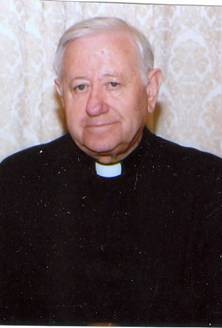 Fr. Georgiadis was born in Lekka, Samos, Greece, on September 9, 1930. My parents were Christodoulos and Anezina Georgiadis.

In 1955, He graduated from the Seminary of the Island of Patmos which he had attended for seven years. In 1960, He graduated from Holy Cross Theological School and continued his education at the Boston University with help of the Taylor Scholarship.

1960, He married the former Anastasia Toulopoulos of Dorchester, Massachusetts. They have three children: Christodoulos, George and Anna-Maria. We have been blessed with three grandchildren: Evangelos, Joseph Evangelos, and Anastasia Joyce.

He has served in the following parishioners:

Some of Father’s accomplishment: